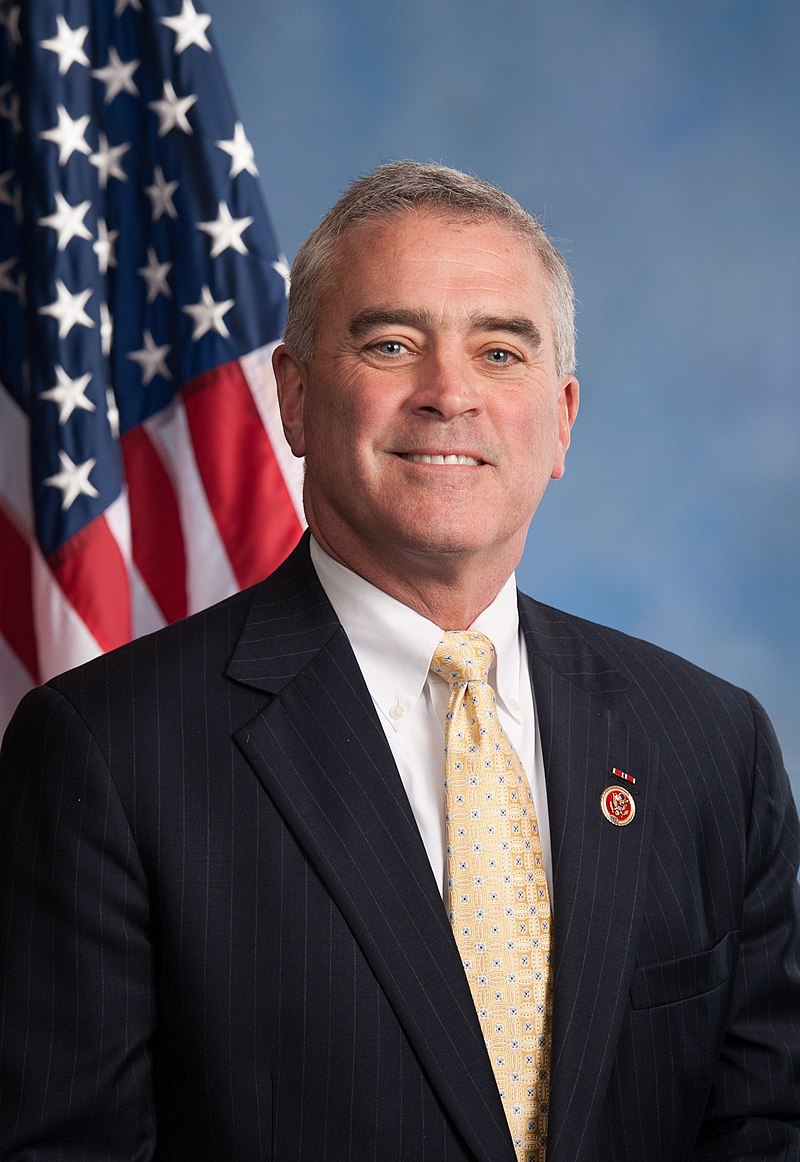 Dr. Brad Wenstrup’s life has centered on hard work, service, and sacrifice. As a doctor, combat surgeon and small business owner, Brad has a deep understanding of the issues facing America.

After graduating from the University of Cincinnati and going on to earn a medical degree in podiatric medicine and surgery, Brad established a private practice in Cincinnati and has treated patients in Southwest Ohio for over 26 years. In 1998, seeing signs of freedom being threatened, Brad accepted an officer’s commission with the U.S. Army Reserve, serving in the Medical Service Corps.

In 2005, he deployed for a year of active duty in Iraq where he served as a Combat Surgeon and the Chief of Surgery with the 344th Combat Support Hospital. For his service and actions in Iraq, Brad was awarded the Bronze Star and Combat Action Badge. Brad continues his service in the U.S. Army Reserve as a Colonel and serves at Walter Reed National Military Medical Center in Bethesda, Maryland.

Following his deployment to Iraq, Brad saw a need for strong leadership in Cincinnati. In 2009, Brad built a strong grassroots coalition and ran for Mayor of Cincinnati. Since 2009, Brad continued to actively support the war against terrorism and reducing the size of government while opposing harmful legislation such as Obamacare.

In 2012, Brad ran a successful campaign for the U.S House of Representatives. He currently serves on the House Permanent Select Committee on Intelligence and the House Committee on Ways and Means.

Being involved in the community has always been important to Brad. He volunteered for over a decade as a Big Brother as part of the Big Brothers/ Big Sisters organization. Additionally, he is currently a Board Member of Boys Hope/Girls Hope, and a member of Rotary.

Brad and his wife Monica have two children.

Jobs and the Economy

Under the previous administration, Americans benefitted from a strong economy fueled by the positive impact of conservative ideas and solutions. The historic tax relief from the Tax Cuts and Jobs Act reduced the tax burden on American families and businesses, boosting our economy, creating more quality jobs, and increasing Americans’ take home pay. When the government gets out of the way, the American people can truly thrive – and that’s what Brad is working to do in Washington.

Workers were seeing wages increase as the federal government took less of their hard-earned money, and companies from every state – including right here in Southern Ohio – were prospering. American prosperity starts with this simple notion: government needs to stay out of the way of small businesses and stop strangling job creators with over-regulation. Ohioans want to work; they are willing and able. We need leaders like Brad to advance policies that attract more businesses and the jobs that come with them.

When serving as a Combat Surgeon with the U.S. Army in Iraq, Brad saw the effects of violent anti-American activity first hand. Whether it’s in Iran, Iraq, Afghanistan, Syria, or other places around the world – there are still far too many havens for terrorists who want to kill Americans. Starting with securing our borders, and continuing with a strong, able, and ready military, Brad believes that we must remain active and vigilant to ensure our nation remains safe and free.

As a doctor, Brad knows that healthcare is broken for too many Ohio families, and the ACA has made things worse. With some in Congress now trying to force a government controlled single-payer system on every American, we need a voice of reason to make sense of it all and help us keep control of our health care.

Republicans in Congress have made progress, from repealing the individual mandate and the government rationing Independent Payment Advisory Board (IPAB) to expanding more coverage options, to ensure citizens now have the right to choose what is best for their families again.

Brad is fighting for free market health care solutions to increase access to care, lower costs, increase transparency, protect Americans with pre-existing conditions, and give Americans more choice in getting the care they need.

Brad is a proud gun owner and Life Member of the NRA. Like so many other Ohioans, he’s frustrated that our constitutional right to keep and bear arms continues to be under attack by liberals. Unfortunately, even recent U.S. Supreme Court decisions reaffirming that the Second Amendment guarantees the individual’s right to keep and bear arms were close votes. That’s why we must be vigilant to ensure that Congress and the courts don’t encroach upon our gun rights first codified by our founders to protect us from tyranny.

With too many Americans fed up with the partisan bickering, ethical lapses, and lack of leadership in Congress, Ohioans know that Brad is different. As an Army Officer, Brad knows how to lead, and he’s proven it by keeping our Ohio values and taking a stand. Instead of becoming one of “them” in Washington, Brad is fighting hard to ensure that Congress represents us.

Brad is pro-life and believes that life begins at conception. He’s a supporter of organizations that support life such as Family First and Right to Life. Brad also strongly supports efforts to halt the expansion of public funding for abortion. He’ll compassionately support a culture of life in America and around the world.