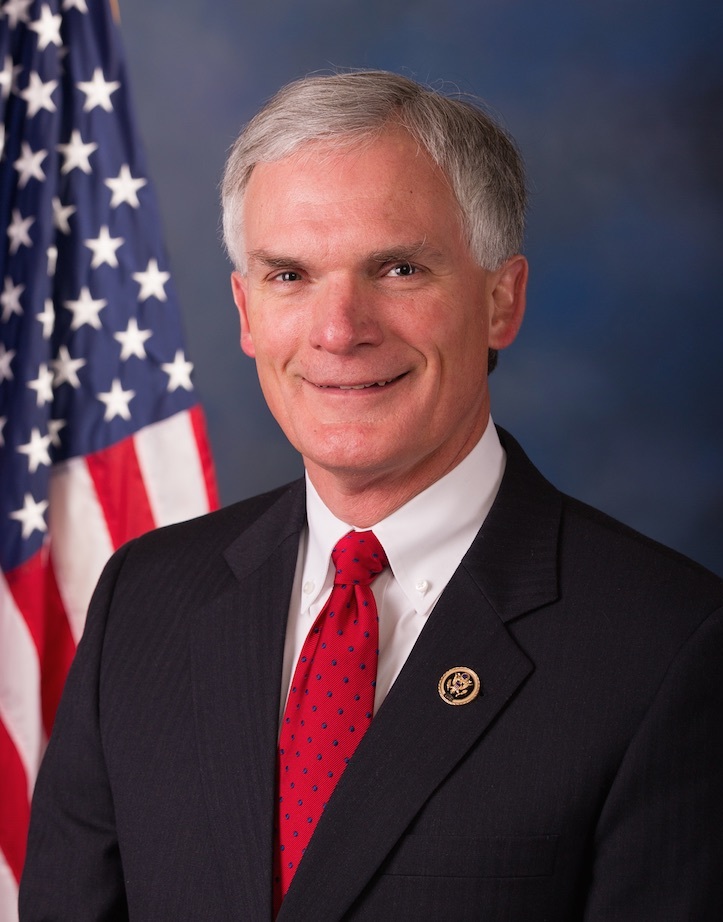 Contact Representative Robert E. Latta
Robert Edward Latta is the United States Representative for Ohio's 5th congressional district, serving since 2007. He is a member of the Republican Party. The district includes many of Toledo's suburbs and includes the cities of Findlay, Bowling Green, Napoleon, Sylvania, Defiance and Van Wert, Ohio.


Since 2007, Congressman Bob Latta has served the people of Ohio’s Fifth Congressional District in the United States House of Representatives. Congressman Latta is a senior member of the House Energy and Commerce Committee where he plays an intricate role in crafting the nation’s energy, telecommunications, environment, health care, and interstate commerce policy. Congressman Latta is Republican Leader of the Subcommittee on Communications and Technology where he advocates for policies that help consumers, grow our economy, spur innovation, and close the digital divide. He is also a member of the Subcommittee on Energy and the Subcommittee on Consumer Protection and Commerce, which he chaired in the 115th Congress.

Notably, the Congressman was selected by leadership to serve as a member of the Select Committee on the Modernization of Congress where he works with an even number of Republicans and Democrats to make Congress work better for the American people.

Along with his committee positions, Congressman Latta is a Deputy Whip and Co-Chairs the Rural Broadband Caucus and the Congressional Propane Caucus.

Throughout his tenure, Congressman Latta has advocated for the interests of the people of Northwest and West Central Ohio through policies that further economic prosperity and job creation. His top priorities on behalf of his constituents include improving access to broadband capabilities in rural areas, reducing government spending, maintaining a strong national defense, combating the nation’s substance abuse crisis, fighting for energy independence, and implementing commonsense government reforms.

The Congressman believes that hearing from constituents is essential to representing them in Congress and has held more than 1,500 meetings in Ohio’s Fifth Congressional District since 2012. He also has held more than 130 Courthouse Conference one-on-ones with constituents where he is available to answer questions, discuss issues, and help solve problems with Federal agencies.

Congressman Latta has had more than 20 bills signed into law during his Congressional tenure.

As a Member of the Energy and Commerce Committee, Congressman Latta worked with his colleagues to pass landmark legislation to combat the opioid crisis. Included in that bill was legislation he authored, the INFO Act, which helps provide needed data and information to those on the front lines of this crisis.

Congressman Latta championed efforts in Congress to protect Lake Erie and improve water infrastructure in Ohio. His legislation, the Drinking Water Protection Act, was signed into law, and it assesses and manages the risk of algal toxins in drinking water. In addition, provisions he authored to provide communities more flexibility to fund water projects were signed into law by President Trump in the 115th Congress.

Congressman Latta also wrote the Safeguarding America’s Pharmaceuticals Act, a law that established a tracking system for pharmaceutical drugs through the supply chain to prevent adulterated and counterfeit drugs from endangering Americans.

Other laws Congressman Latta authored ensure Ohioans have access to propane during the coldest parts of the winter, help farmers use cutting-edge technology, and provide the Department of Homeland Security with needed tools to prevent terrorist attacks.

The Congressman is a steadfast advocate for our nation’s veterans, authoring legislation passed by the House to expedite the processing of VA appeals claims and taking action to ensure Ohio veterans that are suffering from cancer can receive health care closer to home. He also wrote legislation to expand access to TRICARE insurance for national guard members.

Congressman Latta is an avid sportsman and lifelong resident of Northwest Ohio. He earned his Bachelor of Arts degree at Bowling Green State University and his Juris Doctor degree at the University of Toledo College of Law. He and his wife, Marcia, live in Bowling Green, and they have two daughters, Elizabeth and Maria.