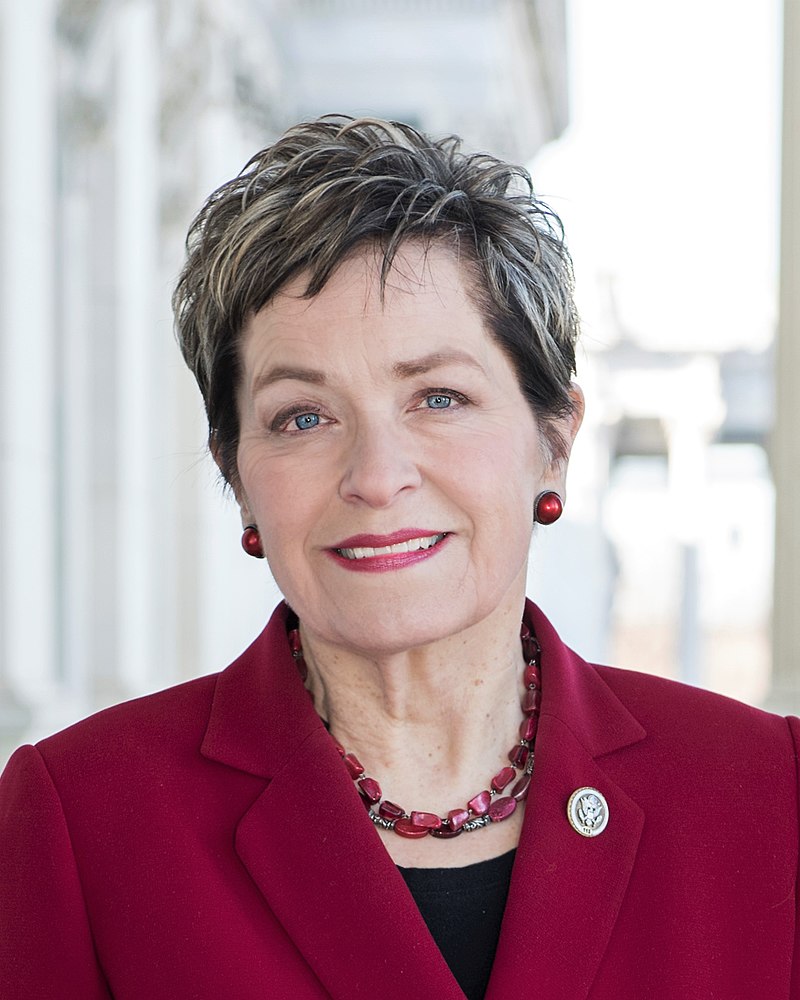 Contact Representative Marcy Kaptur
Marcia Carolyn Kaptur is an American politician serving as the U.S. Representative for Ohio's 9th congressional district. She is a member of the Democratic Party. The district stretches from Kaptur's hometown of Toledo to Cleveland.

The daughter of a Polish-American, working-class family, Marcy’s life and service mirror the bootstrap, hardworking nature of her district. Her family ran a small grocery and her mother also worked at Champion Spark Plug, where she helped organize the workers into an auto trade union.

Marcy Kaptur began her public career as an urban policy adviser to President Carter. She and her colleagues crafted numerous bills on housing and urban development, including the Community Reinvestment Act. In 1982, while pursuing a Ph.D. at MIT, she was recruited by local Democratic Party leaders to run against the incumbent Republican, whom she defeated in an upset that attracted national attention.

Today, Marcy is the longest serving woman in the House of Representatives, and is Chair of the House’s Energy and Water Appropriations Committee. She has been able to leverage her experience and seniority on the Appropriations Committee to secure vital federal investments for the Ninth District, focusing on jobs, economic growth, infrastructure and support for veterans and our military. Working across party lines, she fought for and succeeded in the creation of a National World War II Memorial on the National Mall to honor our Greatest Generation. The idea came from a constituent at a community event, proving that in our democracy the best action comes from the bottom up.

Marcy has dedicated her career in public service to fighting for all Ohioans to have a fair playing field in order to achieve economic and health security. That includes fighting the special interests in Washington to make sure the federal government is working for the American people, not wealthy donors and lobbyists. This is nowhere better illustrated than in her decades-long fight against unfair trade deals such as NAFTA and CAFTA that have hollowed out our middle-class sending good paying Ohio jobs to low wage countries overseas and hollowed out our communities.

Marcy is a champion for the Midwest in Congress. She is focused on getting big money out of politics, holding Wall Street accountable, ensuring access to health care for all, reducing the costs of prescription drugs, ensuring affordable quality education for all who seek it, and restoring our Great Lakes economy and environment.

Marcy has never forgotten where she came from. Once in Congress, she secured investments from the Environmental Protection Agency to clean up the very Champion Spark Plug site that her mother worked at years ago, helping to make it safe for new economic development and residents living around the plant. She continues the fight to restore neighborhoods and town squares throughout northern Ohio.

She is a true fighter for working people.

Strengthening our economy is Marcy Kaptur’s top priority, and has been since she was first elected. Over several decades, unfair trade agreements, Wall Street recklessness, and federal policies favoring large corporations and the wealthy have decimated America’s middle-class and taken a toll on the very fabric of our nation. It’s time to put people first again. In many parts of America, we know that people are still hurting after the Great Recession and a pandemic that has displaced workers. The costs of healthcare, prescription drugs, and stagnant wages present challenges for working Americans every day. Both political parties must come together to create jobs that Ohioans can live and raise a family on.

The Great Lakes Restoration Initiative brings vital funding to protect our most precious natural resources, but much work remains to be done. When President Trump attempted to zero out funding to the Initiative, Congresswoman Marcy Kaptur worked in a bipartisan manner to restore it – and the promise of clean, fresh water for our region. The fight to stop harmful algal blooms and invasive species could not be more important to our region. Whether it’s the water we drink from, our fishing and tourism industries, or the simple importance of preserving the beauty of our coast, the stakes of a healthy Lake Erie are clear.

As the chair of the Energy and Water subcommittee on Appropriations, Congresswoman Kaptur works every day to bring green jobs to Northern Ohio. Whether it’s solar, wind, or biofuels, our region can lead us into a 21st century energy future that fosters American energy independence and brings down emissions to combat climate change. Additionally, we need a new mindset that recognizes that our homes are an important part of our nation’s infrastructure. Congresswoman Kaptur is a champion of weatherization programs that increase home energy efficiency and bring down costs for citizens who need it most. President Biden’s Bipartisan Infrastructure Act delivers on this key priority, a success that will bring lower energy costs and increase property values in our region. A one-size-fits all approach to housing will not work – some communities need new housing to bring down the cost of homeownership. Others have housing stock that must be rehabilitated after years of neglect following the 2008 financial crisis. Congresswoman Kaptur is a leader in efforts to increase the supply of affordable housing, while reducing the dangers of lead in legacy homes. She has introduced the Restoring Communities Left Behind Act to invest in both urban and rural communities that have seen disinvestment over the years.

Congresswoman Kaptur has been passionate about agriculture her entire life. She knows the value of rich soil, and values the knowledge and wisdom of self-sustaining communities. This passion has manifested itself in a commitment to policies that support small farmers, lead to environmental best practices, and create economic opportunities in a changing world. The road to a healthy Lake Erie is not paved with the punishment of family farmers struggling to get by. Solutions to help families maintain farming traditions, as well as prevent the consolidation of farms and spread of absentee owners who aren’t invested in our communities must be found through consensus. Additionally, supporting urban agriculture and the rehabilitation of urban ecosystems and natural resources is an urgent priority for the 21st century.

There can be no doubt: protecting our veterans and ensuring their health and wellness must be a priority without peer. As a member of the House Appropriations Defense Subcommittee, Congresswoman Kaptur has sought to secure the well-being of our veterans, while making sure our current military is equipped to promote liberty, ensure our national security, and build a future of clean energy independence. Marcy Kaptur is a strong supporter of modern defense systems and equipment for our armed forces and supports Northern Ohio’s legacy as a leader in the nation’s defense industrial base. She has spearheaded major federal investments at Ohio’s defense bases including northern Ohio’s National Guard and Reserve assets such as the 180 TFW and Ottawa County’s Camp Perry. These investments resulted in our Guard bases ranking among the most modern, energy efficient bases in the U.S. Congresswoman Kaptur is a strong believer that Congress, and not the president alone, must have a voice in defense actions. She voted against authorizing President Bush’s Iraq war powers. We must engage with allies to advance liberty and improve quality of life around the world.

Wall Street has a serious accountability problem. The Great Recession destroyed 8.8 million jobs and wiped out $19.2 trillion of household wealth. Whether it was subprime lending, predatory lending practices, big banks selling mortgage securities without due diligence, or speculators betting on failure, greed has been allowed to warp our economy and put millions of hard-working Americans at risk. The subsequent Dodd-Frank legislation did not go far enough. Commercial banking has not been separated from investment banking. Our financial institutions are still “too big to fail”. Our credit rating agencies have not been regulated. Community banks face too many hurdles to compete. Congresswoman Kaptur has proposed the Return to Prudent Banking Act, which would reinstate the provisions of the Glass-Steagall Act to address these issues and more. This is also an issue of accountability – those who engage in financial crimes must face an equipped justice system. The congresswoman proposed and supported passage of the Financial Crisis Investigation Act which authorized the hiring of 1,000 agents and forensic experts to investigate financial crimes.

Congresswoman Marcy Kaptur has made support for America’s seniors, including veterans, a central pillar of her service. She led an effort that lasted nearly two decades to build the National World War II Memorial on the National Mall in Washington, D.C. resulting in a beautiful monument to the sacrifices of those who fought tyranny and oppression. The Memorial is now one of the most visited sites in Washington, D.C. a fitting tribute to our Greatest Generation. The idea came from Berkey, Ohio constituent Roger Durbin and became a 17 year crusade for Congresswoman Kaptur. In 2004 at its unveiling, Mr. Durbin was posthumously honored for his inspiration.

Campaign spending has skyrocketed in the years following the outrageous Citizens United decision. Billionaires and corporations are now free to pump millions of dollars into our elections without accountability. Our country’s very future as a democracy is at risk unless we achieve campaign finance reform. Marcy Kaptur knows we must reign in special interests and has supported legislation to repeal Citizens United, to limit spending in elections, and to improve access to the ballot for candidates. Our elections cannot be up for sale to the highest bidder. Liberty requires safeguards on the influence of money in governance and elections.