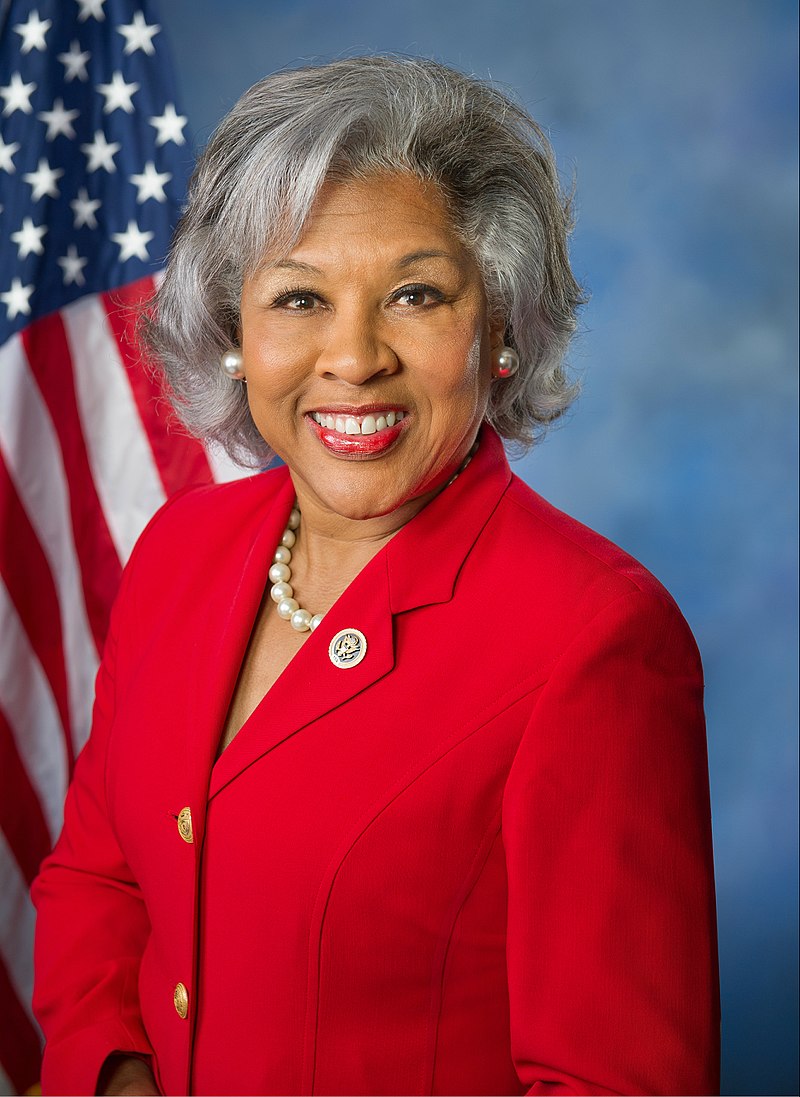 Congresswoman Joyce Beatty proudly represents Ohio’s Third Congressional District in the United States Congress. She sits on the exclusive House Committee on Financial Services and serves on three Subcommittees: Chair of Diversity and Inclusion, Housing, Community Development and Insurance, and Oversight and Investigations. As the first-ever Chairwoman of the Financial Services Subcommittee on Diversity and Inclusion, Beatty leads efforts to ensure the financial services industry works better for all Americans. Congresswoman Beatty is known for using her powerful voice to connect people to policy and politics, and for being a bridge-builder.

Recently, Beatty received national attention when she was peppered sprayed while standing with peaceful protesters over the killings of Ahmaud Arbery, Breonna Taylor and George Floyd. In response, she introduced H.Res. 990, Racism is a ‘National Crisis.’ Beatty has written 93 pieces of legislation and cosponsored over 1,600 bills. A sought after public speaker and recognized by Ebony Magazine as one of the 150 most powerful African-Americans in the United States.

She is leading the charge in Congress to ensure greater diversity at the Federal Reserve, introducing a bill modeled after the NFL’s “Rooney Rule” that guarantees at least one gender diverse candidate and racially or ethnically diverse candidate are interviewed when there is a vacancy among the Federal Reserve Regional Bank presidents. Her bill is known as the “Beatty Rule.” Beatty has written 93 pieces of legislation and cosponsored over 1,600 bills.

Prior to coming to Congress in 2013, Beatty was Senior Vice President of Outreach and Engagement at The Ohio State University. She also served in the Ohio House of Representatives and rose to become the first female Democratic House Leader in Ohio’s history.

Congresswoman Beatty was the first African-American female to chair the Columbus Urban League Board, and is a life member of Delta Sigma Theta Sorority, Inc., NAACP, National Council of Negro Women as well as a member of The Links, Inc., the National Coalition of 100 Black Women, the American Heart Association, and numerous other organizations.

As a small business owner, Joyce understands that America is strongest when we have a strong economy and an even stronger workforce. Throughout her time in Congress, Joyce has supported legislation that ensures every Central Ohioan and all Americans can earn a livable wage, guarantees equal pay for equal work, increases investment in workforce training and education, rewards entrepreneurial spirit and ingenuity, and provides ladders of opportunity to the American Dream.

Joyce knows firsthand the life-changing effects of education. A former college administrator, Joyce wants every young person to have access to a high-quality education that equips them with the much-needed skills to be successful in- and outside the classroom no matter their zip code. In Congress, Joyce is fighting hard to reduce the rising cost of college and higher education, increase investment in our nation’s public schools, address the student loan debt crisis, and expand access to the fields of science, technology, engineering and mathematics (STEM).

Healthcare is a right, not just a privilege for the financially fortunate, and Joyce believes that all Americans should be able to obtain high-quality, affordable healthcare. She supports expanding and strengthening the Affordable Care Act and continuing to invest in groundbreaking medical research, therapies and technologies to improve the health and well-being of generations of Americans.

As our parents, mentors, and guides, seniors hold a special place in all of our hearts. That is why Joyce is fighting to protect the benefits that Central Ohio seniors worked a lifetime to earn. As Vice-Chair of the Democratic Caucus’ Seniors Task Force, Joyce supports expanding Social Security, Medicare, and Medicaid, and believes we should uphold the promises made to America’s seniors by strengthening these programs and ensuring their long-term solvency.

Despite centuries of progressive change in our perception and treatment of women, America has yet to achieve full gender equality. Women still do not earn equal pay for equal work, sexual harassment and assault continues to make headlines, and a woman’s right to choose and access to birth control is under constant assault. In Congress, Joyce is working tirelessly to address these and the many other social, economic, and political disparities that still exist for women. As she likes to say, “When women succeed, America succeeds!”

Every American should be able to live their life free from discrimination, no matter what they look like, where they live, who they love, or disability status. Similarly, all Americans should have equal access to the ballot box, and any attempt to infringe upon that right poses a serious threat to our democracy. As an influential member of the Congressional Black Caucus and Deputy Vice-Chair of the Congressional Voting Rights Caucus, Joyce is committed to creating an America not defined by our perceived differences and to making it easier for Americans to vote, not harder.

We live in a nation that incarcerates its own citizens at a rate higher than any other country in the world. That is why Joyce believes our country needs to embrace the ideals of rehabilitation, restorative justice, and to reject harsh and ineffective treatment of non-violent criminals.

Substance abuse has been an American crisis for decades, and while opioid abuse may be new to the media, it is all too common for millions of Americans, including countless Ohioan families. In fact, the State of Ohio has the unfortunate distinction of having the most opioid-related overdoses than any other state in the nation. Joyce is dedicated to helping individuals struggling with substance abuse disorders by breaking down barriers and increasing access to proven treatment options.

Joyce is committed to keeping our country and all Americans safe at home and abroad, and is equally committed to all those who answered the call to serve in the Armed Forces. In Congress, she has continually supported increased funding for the military, our brave men and women in uniform, and our nation’s veterans.

Despite the tremendous progress we have made, there is clearly more that must be done to guarantee full equality for all people, especially LGBTQ+ Americans. No one should be the victim of discrimination, harassment, or bigotry because of who they love or how they identify. Joyce is dedicated to eliminating those barriers that prevent all Americans from enjoying full equality under the law and in our society.

We are a nation of immigrants. We need an immigration system that values the dignity and humanity of all people. We need policies that are grounded in common sense. Joyce supports finding a pathway to full citizenship for undocumented immigrants and DREAMers and believes that the federal government has a responsibility to defend those seeking protection from oppression and violence.