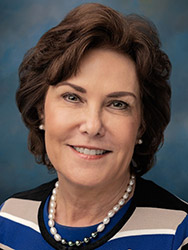 contact senator Jacky Rosen (D-NV)
Jacklyn Sheryl Rosen is an American politician serving as the junior United States Senator from Nevada since 2019. A member of the Democratic Party, she previously was the U.S. Representative for Nevada's 3rd congressional district from 2017 to 2019.

Senator Jacklyn Sheryl Rosen is an American politician. She is serving as a junior U.S. Senator from Nevada under the Democrats since 2019. She also represented Nevada’s 3rd district at the U.S. House of Reps from 2017 to 2019.

Rosen was born in Chicago, Illinois, on August 2, 1957. She was born to a war veteran dad and a homemaker mom. She enrolled at the University of Minnesota, where she graduated with a B.A. degree in Psychology in 1979.

Yet, she moved to Las Vegas after her graduation. There, she worked at Summa Corporation. She also worked at Caesars Palace throughout her summers.

While at Summa Corporation, Rosen attended the Clark County Community College. In 1985, she earned an associate degree in Computing and Information Tech. After the degree, she worked for Southwest Gas but left to establish her own consulting firm in 1993

Rosen started her political career in 2016. Then, the Senate Minority Leader persuaded her to run for a vacant seat at the U.S. House of Reps. She declared her intentions and won the Democratic nomination. Yet, she defeated Republican nominee Danny Tarkanian in the general election. She assumed office in 2017.

In 2017, Rosen announced her candidacy for a seat at the U.S. Senate. Fortunately, former President Obama and former Vice President Biden endorsed her. In 2018, she defeated Republican incumbent Dean Heller with 50.4% votes.

Senator Jacky Rosen administration also fostered the promotion of human rights, civil rights, and liberty. She was part of the senator that introduced legislation to combat antisemitism. She also introduced the Equality Act and Fair Housing and Equity Act.

In the education sector, her giant strides have led to the improvement of education in the state. She reintroduced the Rebuild America’s School Act for school infrastructural projects. She also worked on grant programs and tax credit bonds for students and staff.

Her administration also boasts of legislation on environmental development. She voted for the Natural Resources Management Act. She also acknowledged the realness of climate change and made efforts to combat it.

To enhance access to affordable and quality healthcare, Senator Jacky Rosen supported the Affordable Care Act. She also supported citizens buying into Medicaid. She was also part of the Senators that fought for a reduction in insulin prices in 2019.

Her administration has also shown commitment toward fighting Autism and breast cancer. Besides, she also facilitated research, education, and awareness of some health conditions

Rosen was criticized for skipping events in her district during her election. Her administration has also made legislative achievements in health, human rights promotion. She also championed environmental development and economic reforms.

Her campaign could not provide details because she was not available. Also, her office didn’t respond to messages. Known for her spite against former President Trump, Rosen was among the Senators that voted for his impeachment.